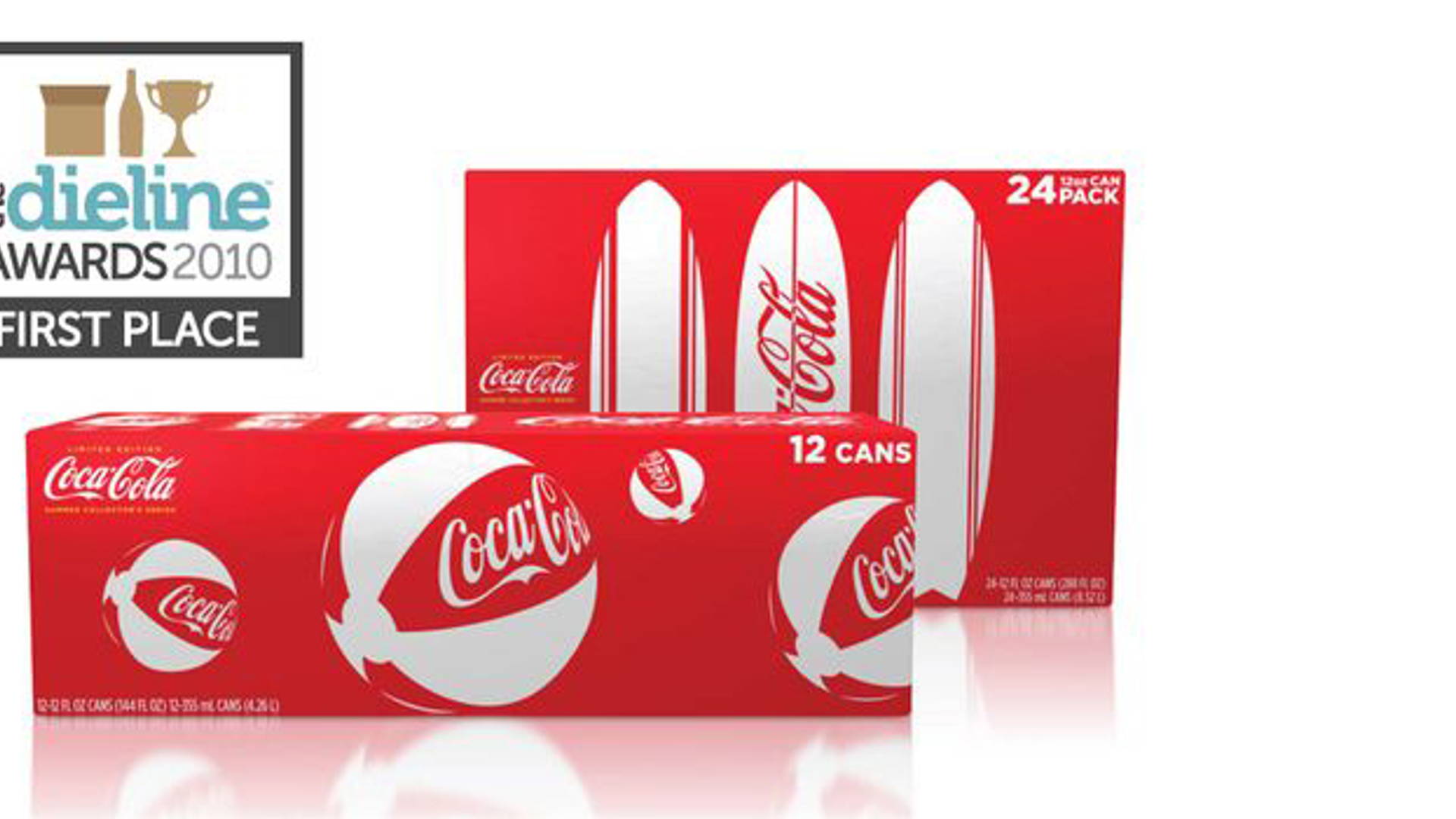 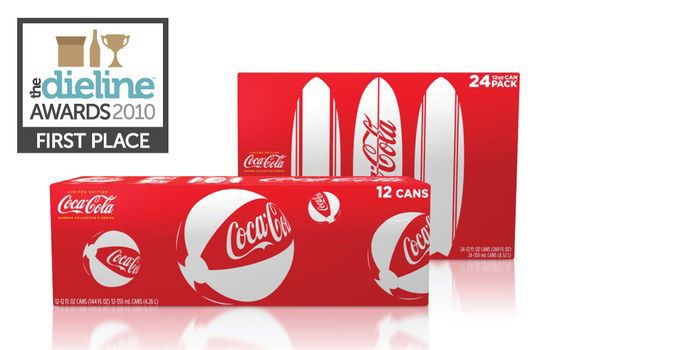 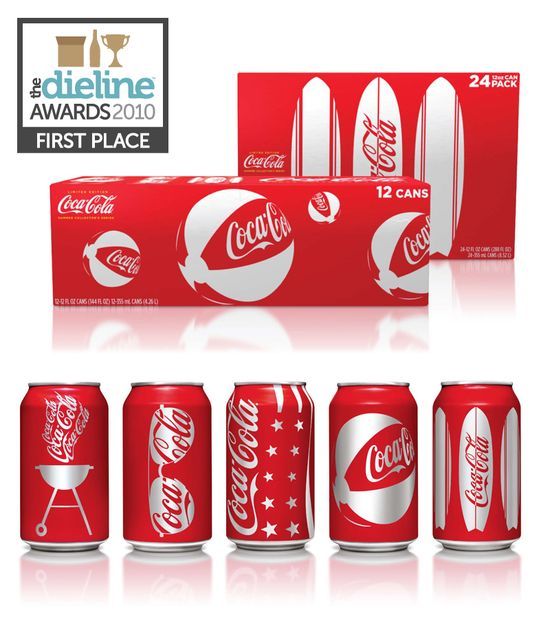 The Coca-Cola Summer 2009 campaign celebrates the joy and optimism of summer and Coke's authentic connection to the season. Turner Duckworth collaborated with Wieden + Kennedy and The Coca-Cola Company North America Creative Excellence team to create the fully integrated marketing initiative.  The can graphics designed by Turner Duckworth were featured on packaging, in-store displays and select TV spots.  The designs were also used for summer premiums on everything from t-shirts and hats to beach towels.  Five cans were released overall, culminating with a special July 4th holiday can. The designs were also extended to can packs, 2 liters and 20oz bottles, all in celebration of summer's favorite beverage - Coca-Cola.