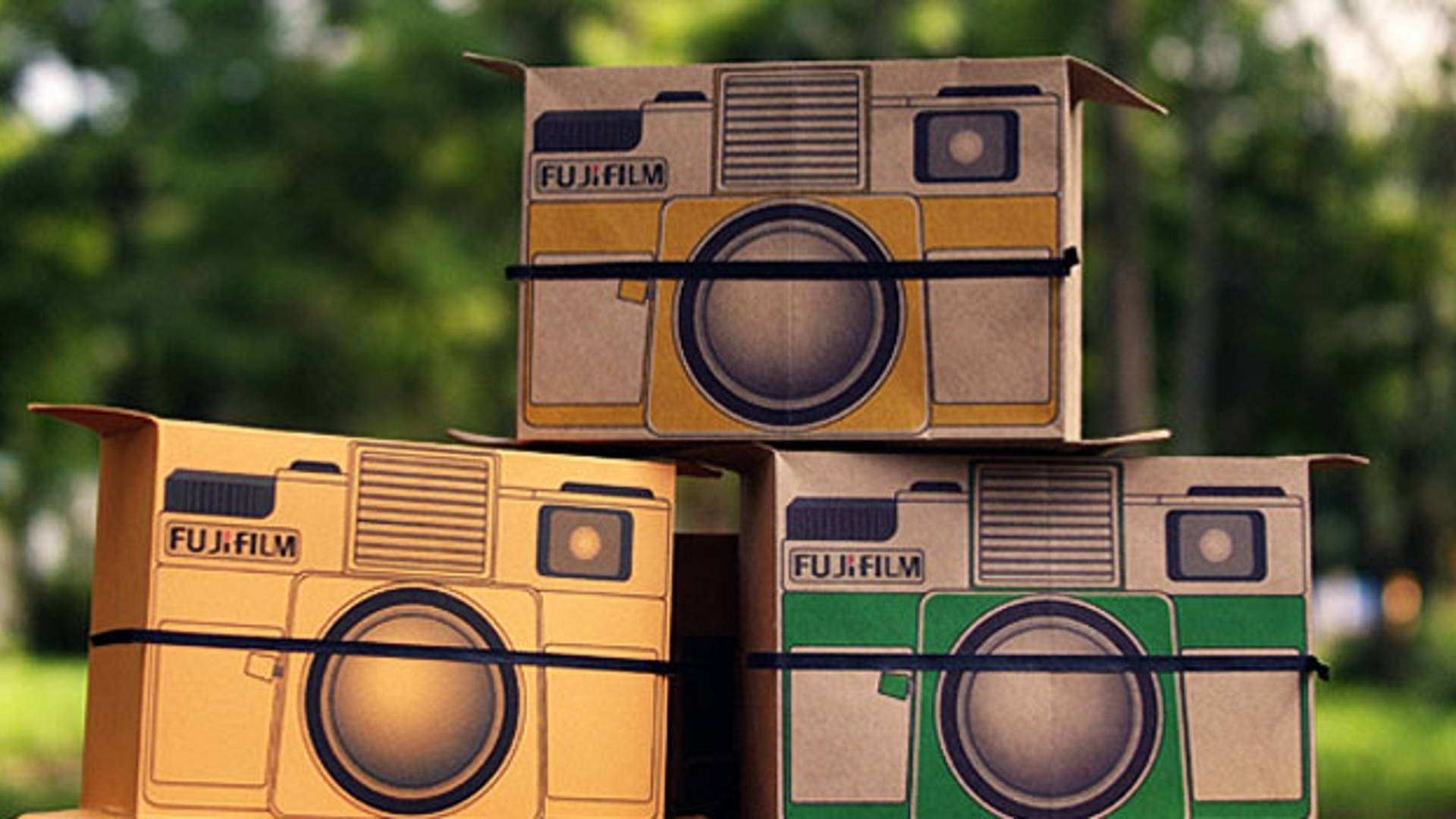 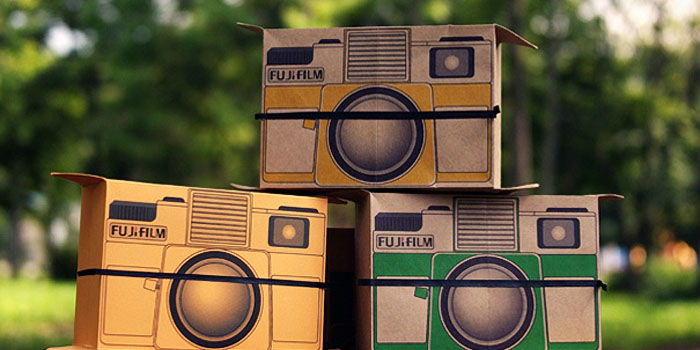 "Flutter In Pinhole is a zero-fuss cardboard pinhole camera. It works like a Polaroid camera e.g. instant pictures. The idea behind the project is radically different from its kitsch appeal. It’s aimed at the traveler who’d like to stay in touch via postcards. The photographs are captured into a pre-drawn frame, which you can then add a message to and post." 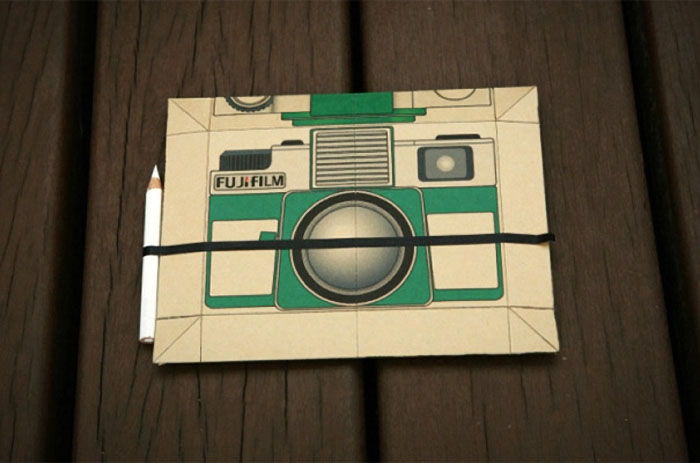 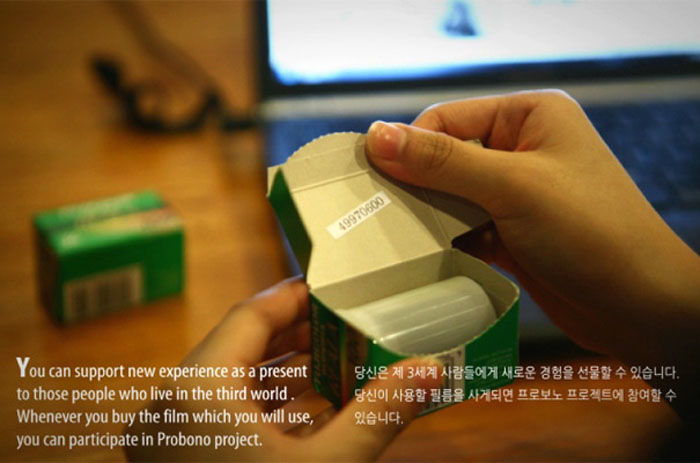 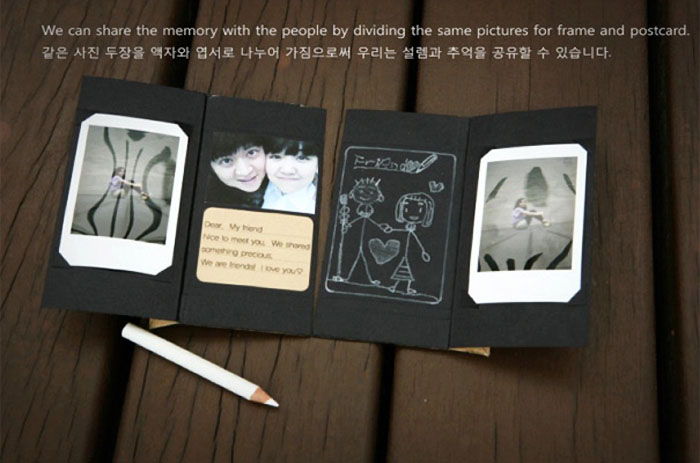 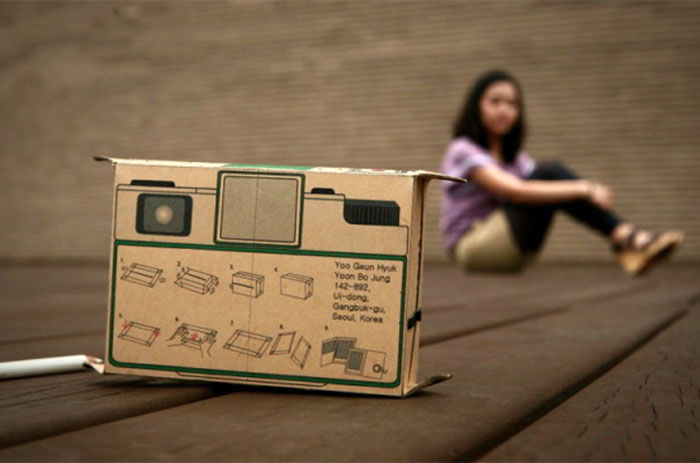 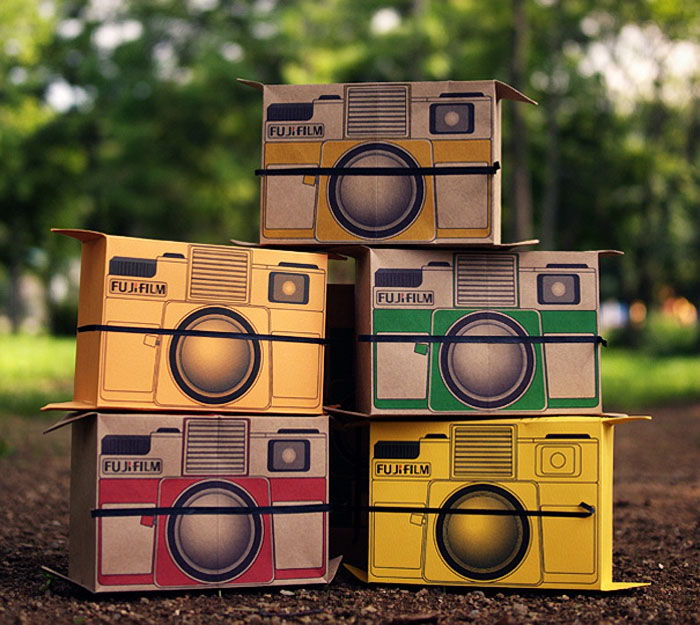