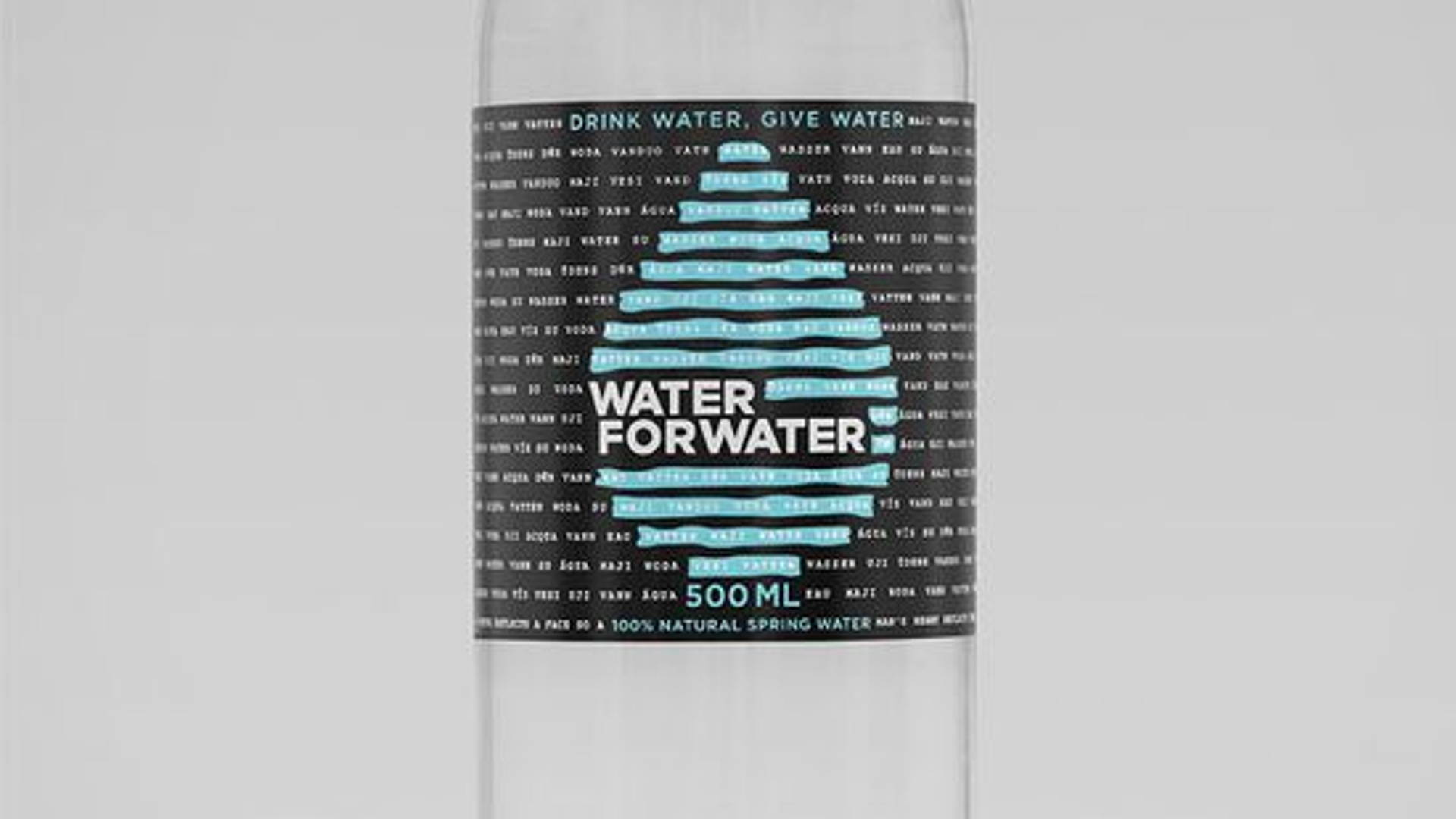 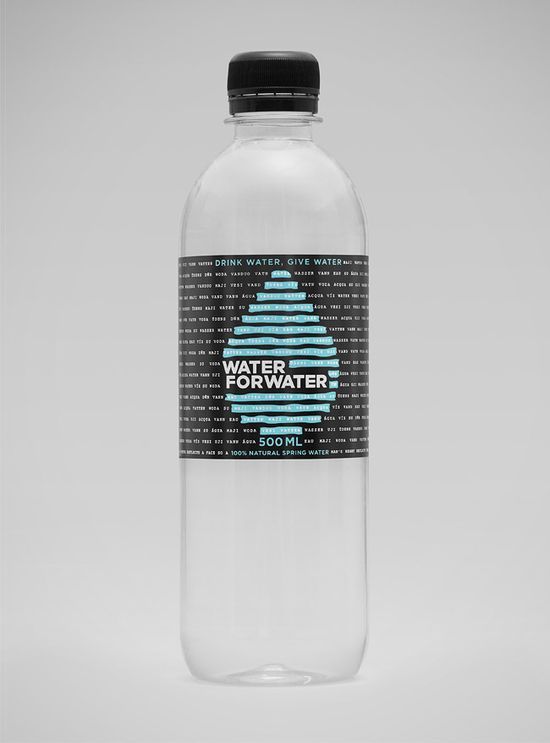 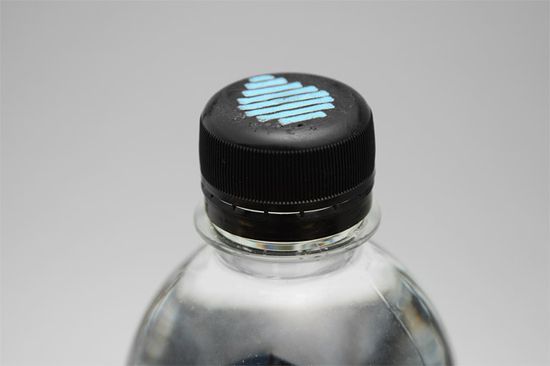 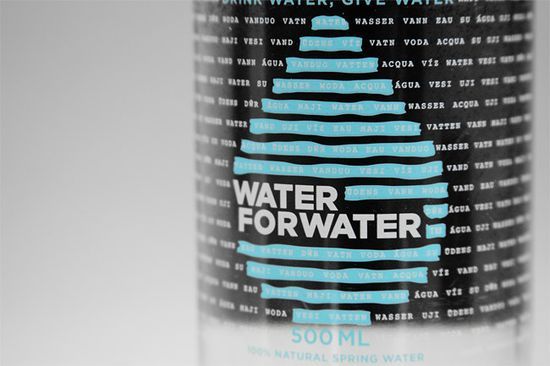 "The goal of the design was to reflect the international goals ofthe water (via the small text on the front with WATER in differentlanguages) along with providing a design that would stand out from therest of the bottled water that's currently on the market. The design ofthe bottle took on and off approximately six months, going throughvarious different design iterations including trials on differentstocks, and was also affected by getting approval for the right launchdate.