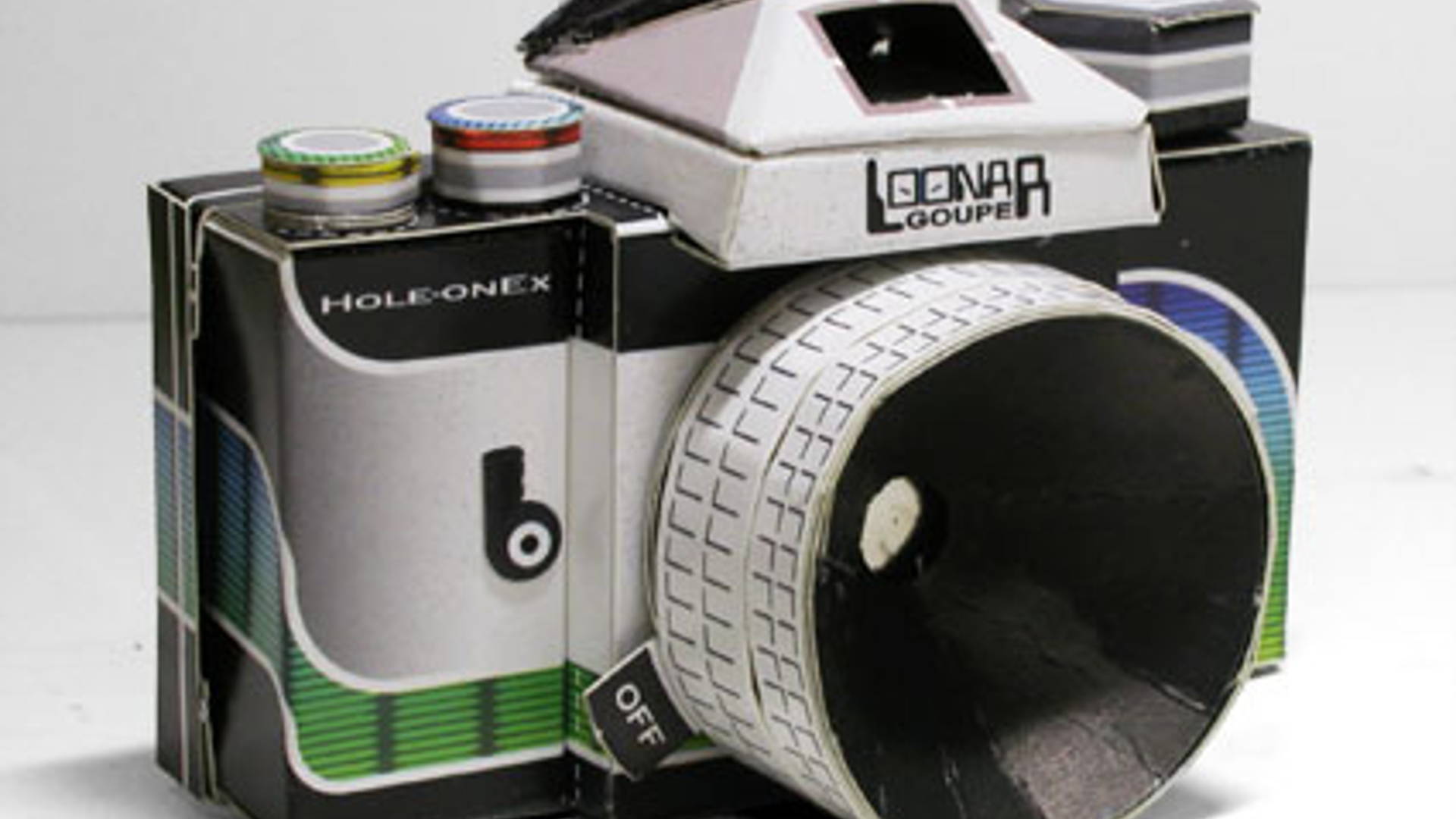 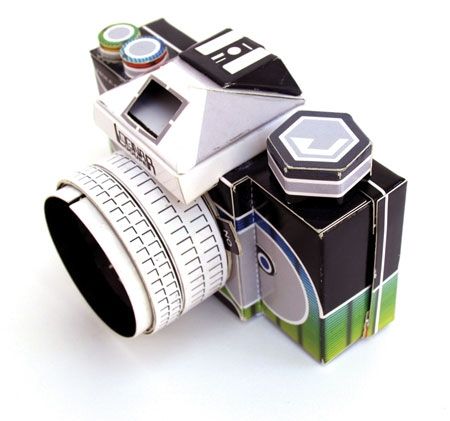 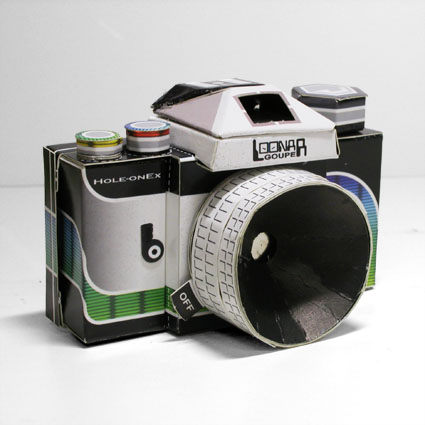 "The Hole-On Ex is a complete do-it-yourself pinhole camera kit. Allthe parts needed are printed on heavy durable cardstock, die cut andscored for easy assembly. A metal pinhole aperture is included.Step-by-step instructions mean the camera can be ready for shooting inless than two hours using standard 35mm film (not included). Assemblyrequires only white school glue.Pinhole cameras have no optical lens, only a pinhole that lets light inwhen the shutter is opened exposing the film. The resulting photos areinstantly artful with a softer, almost glowing illumination."

Images of the construction after the jump. 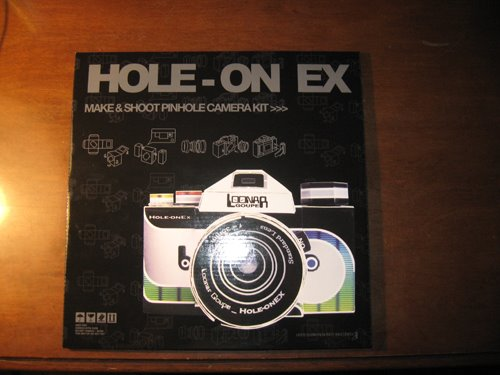 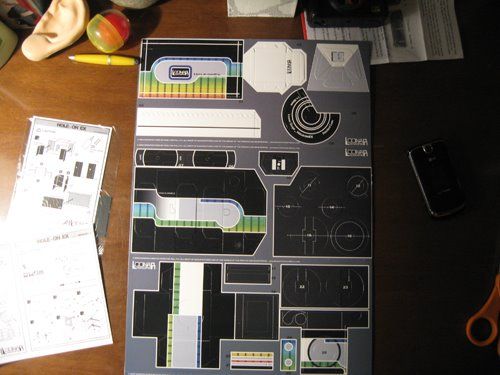 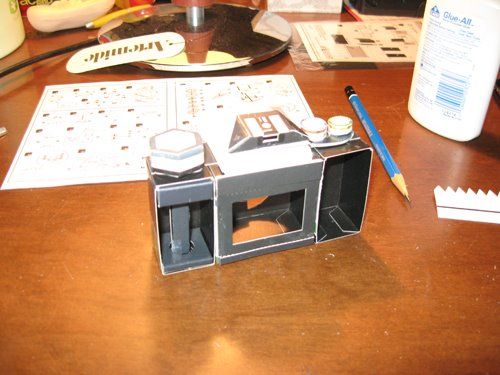