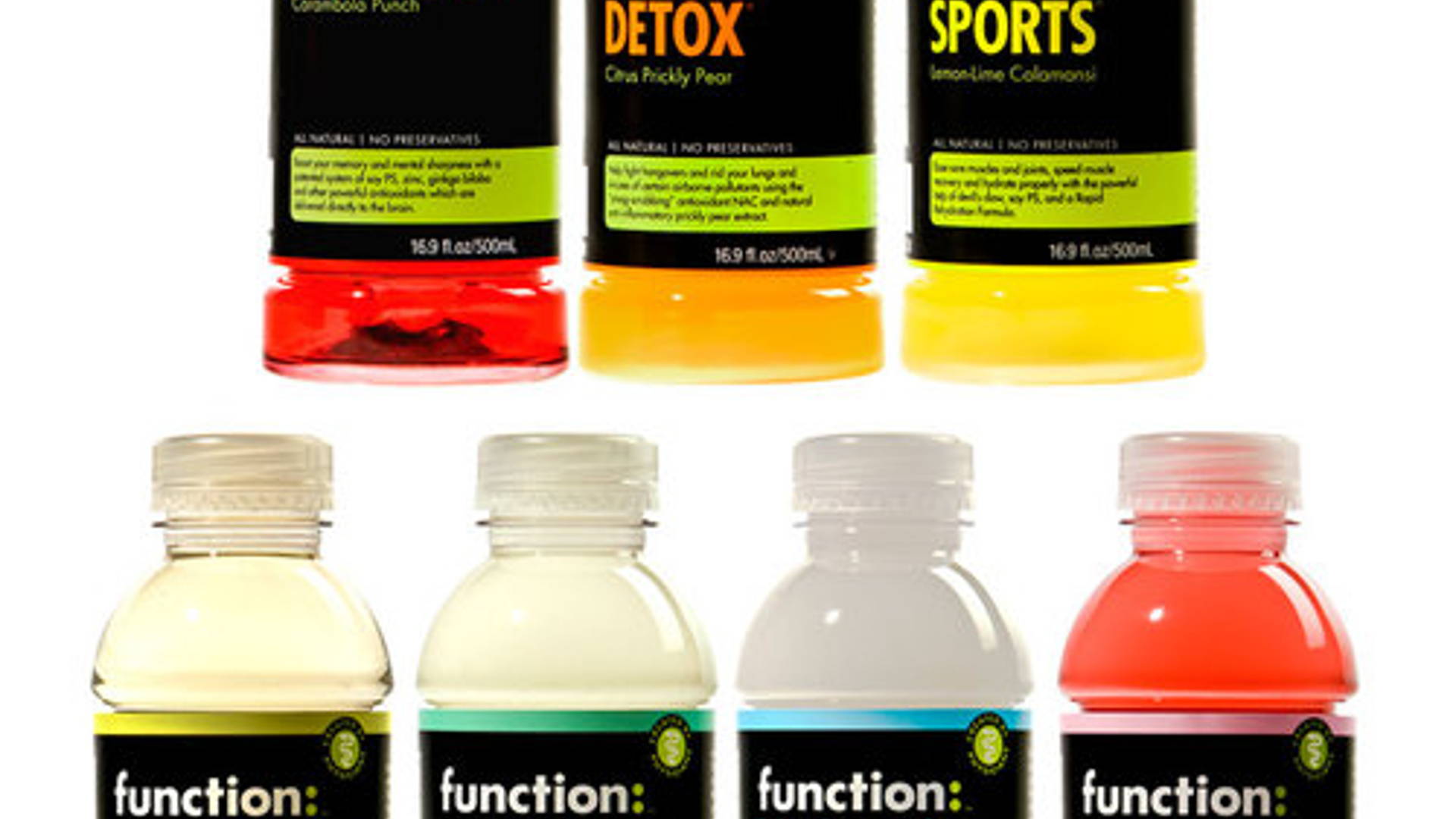 Before & After: New Function Packaging 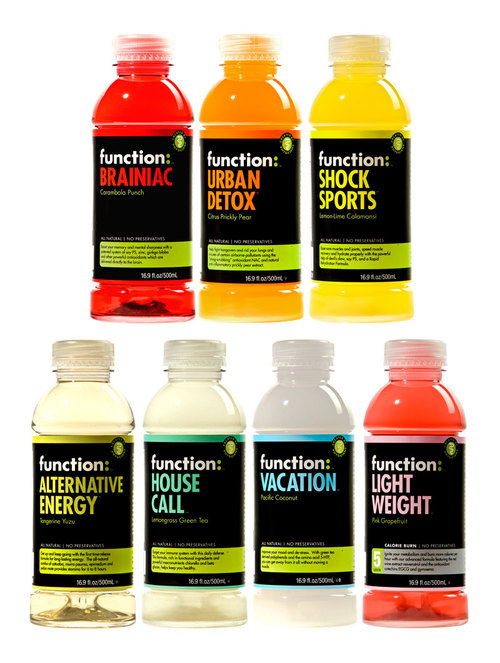 "Function Drinks has unveiled their packaging redesign which reflects the brand's position as a leading innovator in the beverage industry. The overhaul, which includes a proprietary PET bottle based on cutting-edge technology, new label redesign, and logo cap, will launch in stores this month.

"Function Drinks leads the industry in terms of ingredients and functional platforms," said Dayton Miller, Function Drinks Co-Founder & CEO. "When it comes to our innovative formulas inside the bottle, there's nothing else like us on the market. We wanted to make sure our external appearance reflected that same innovation."

The proprietary bottle was designed by Function, in conjunction with Amcor/Zuckerman Honickman and maintains the same revolutionary patented panel-less design as its predecessor. While the bottle is only slightly taller the revised shoulder gives increased shelf presence and an aesthetically cutting-edge feel. The bottle also features a significantly larger label panel that allows for more information to be communicated to consumers. In addition to the bottle and label redesign, the cap prominently features Function's "Created by Physicians" hallmark seal.

"An important goal of the bottle and label redesign was to give us more space to explain what 'Created by Physicians' means," said Function Drinks Co-Founder & Head of Marketing, Josh Simon, who led the redesign efforts with his internal branding team. "We wanted to make sure consumers adequately understood the efficacy and innovation of our functional platforms."

Amcor's PowerFlex(TM) bottle features a revolutionary patented panel-less design which takes hot-fill (185 degrees Fahrenheit) bottle options to a new level. Amcor's structural design not only eliminates the panels, but unlike recently launched competitive containers, PowerFlex(TM) has a large, completely smooth label panel -- free of any kind of ribbing. PowerFlex(TM) features a vacuum absorbing base. Previously, sidewall panels were necessary to absorb the distortion that occurs as a hot-filled beverage cools to room temperature. (After the bottle is capped, the filled liquid cools, which, in turn, pulls an internal vacuum that must be dissipated structurally.) 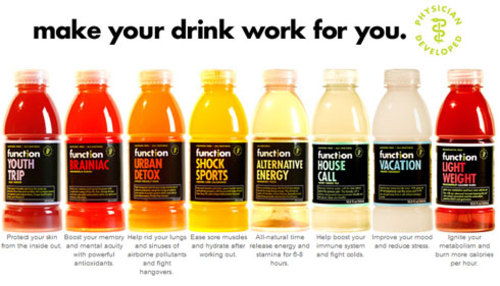