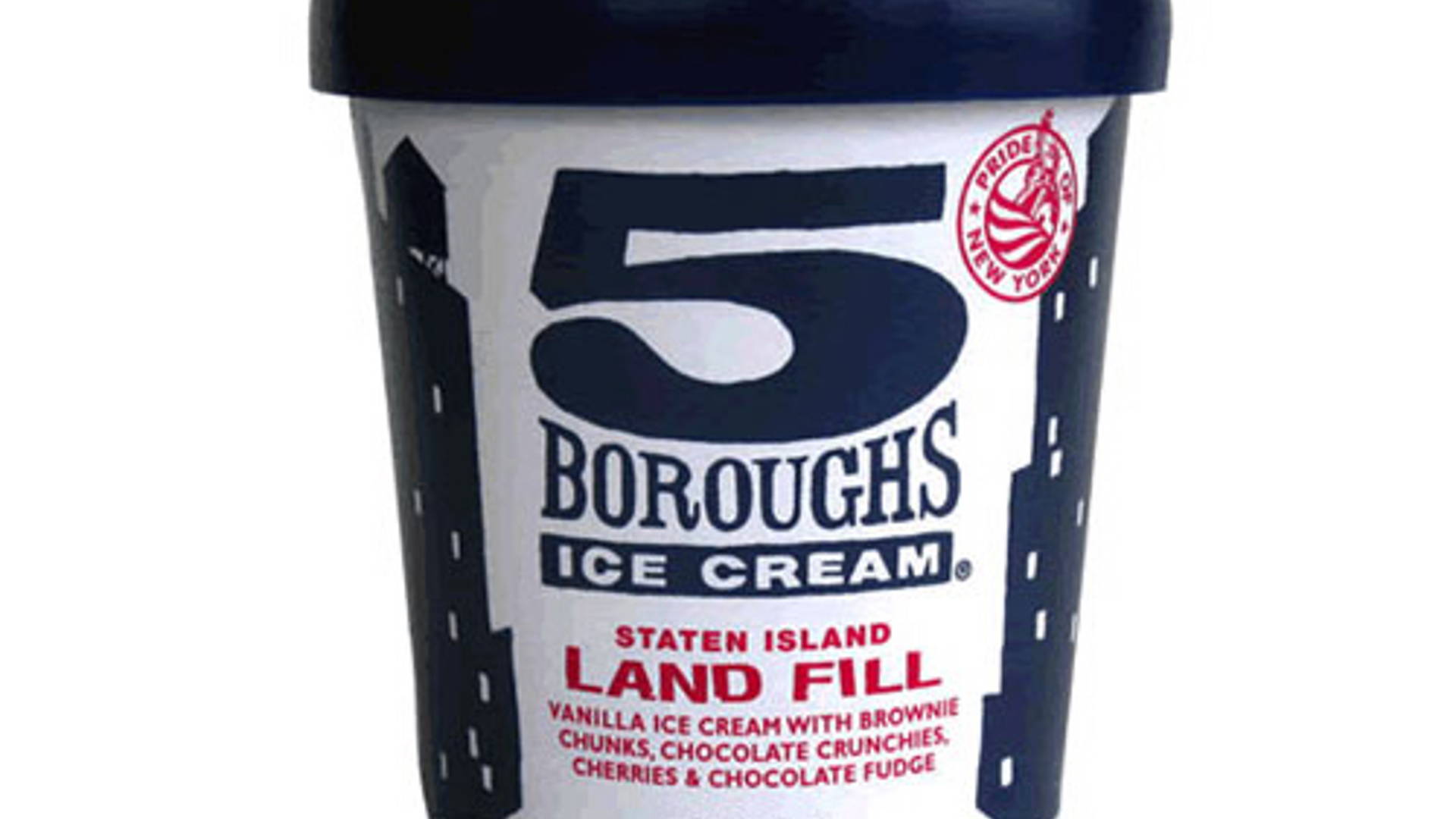 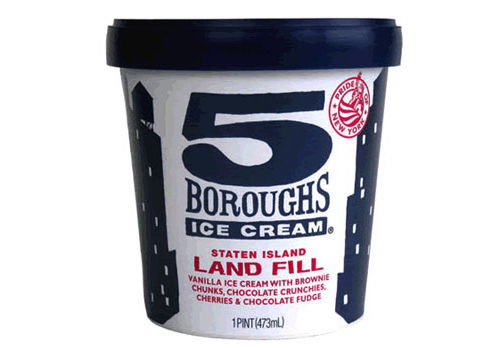 Recently saw this ice cream container for the first time on a local blog discussing how wrong and offensive it was. The company that makes it is 5 Boroughs Ice Cream  and, amazingly, they’ve apparently agreed to add an ameliorating sticker to their package which will read...

It is true, Fresh Kill was once a landfill visible from space. When the landfill became full it was closed and the city created an ambitious plan to turn the area into a city park. Plans for the park include a bird-nesting island, public roads, boardwalks, soccer and baseball fields, bridle paths and a 5,000-seat stadium. Today, freshwater and tidal wetlands, fields, birch thickets and a coastal oak maritime forest, as well as areas dominated by non-native plant species, are all within the boundaries of Fresh Kills. Already, many of the landscapes of Fresh Kills possess a stark beauty, with 360 degree, wide horizon views from the hills, over 300 acres of salt marsh and a winding network of creeks.

Seeing the brave and provocative packaging that can be found on store shelves in England, I have to conclude that this sort of brouhaha about packaging deemed to be offensive is a uniquely American phenomenon.

(more to read after the jump)

In 1990, when we first moved to Staten Island, it was occasionally

the other side of the island. It was actually kind of a nasty perfumed smell from the supposedly pleasant-smelling deodorizing agent they used. I always felt bad for those neighborhoods

that were closer to it. It must have smelled much worse. Driving past it on the highway

was an eerie, apocalyptical route (as opposed to a scenic route)

branches and a sky full of scavenging seagulls and crows.

dumping ground into a park. The biggest landfill on earth did have

peaks higher than the Statue of Liberty... why not make it a scenic

overlook? I regarded this as one more cynical application of the

Now that dumping has been stopped for a while, and we haven’t smelled

that bad perfumed smell in years, I have to admit, things have improved in that area, although the envisioned park does not

appear to be a slam-dunk.

The thing that I think is offensive, is how some people don’t want to let anyone say anything negative. It’s like everyone is compelled to

be a chamber-of-commerce civic booster. Personally, I just can’t swallow a steady

diet of “nice”. I like that Staten Island is not some supposedly

perfect “Stepford Wives” sort of place. I don’t want to be forced to

pretend that it is. Yes, there are a lot of nice homes and parks here,

park—because the land underneath is, well, filled.

controversy. I imagine they had other absurd, but powerful

groundswell movements in mind. (Like the 1980’s belief that Proctor

& Gamble’s logo somehow indicated they were a devil-worshipping company!)