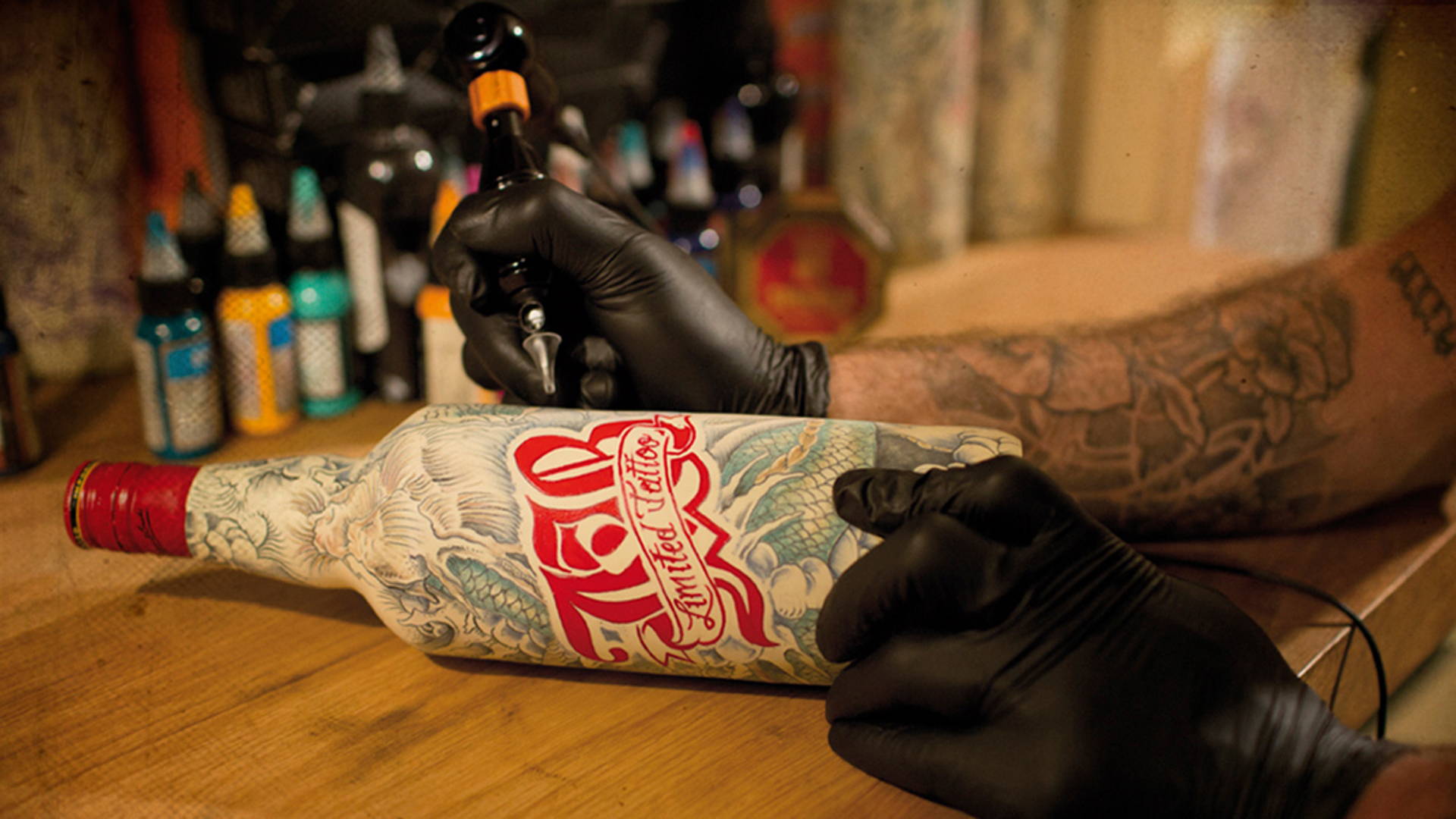 J&B Rare scotch blend whisky was born in London second part of XIX st century from famous wine and spirits merchant Justerini & Brooks  willing to create its own house whisky. It is exactly at the same period that tattoo started to spread through London, after the trend coming from Royal Navy sailors used to come back from distant travels sporting tattoo, finally reached British upper class when Prince Bertie (later Edward VII) was first tattooed in 1862 before to spread over all Great Britain and Europe…

As a celebration of this origin J&B decided to tattoo 25 bottles for real.

"First thing, we fully covered bottles with a latex skin, like the one used to practice tattoo, slim enough to respect bottle shape and strong enough to be hit many times my tattooer's needles… We decided to color skins with a human skin color to strengthen the tattoo perception and create something intriguing…

Then we asked Sébastien Mathieu (SM Bousille), owner of Le Sphinx a private tattoo room in Paris, to support us in this adventure. Excited by the challenge he immediately accepted… with only a partial idea of how complex it would be… Actually he spent around 20 hours to tattoo each bottle.

Each of the 25 bottle is tattooed from a single design but intrinsically, each bottle is unique." 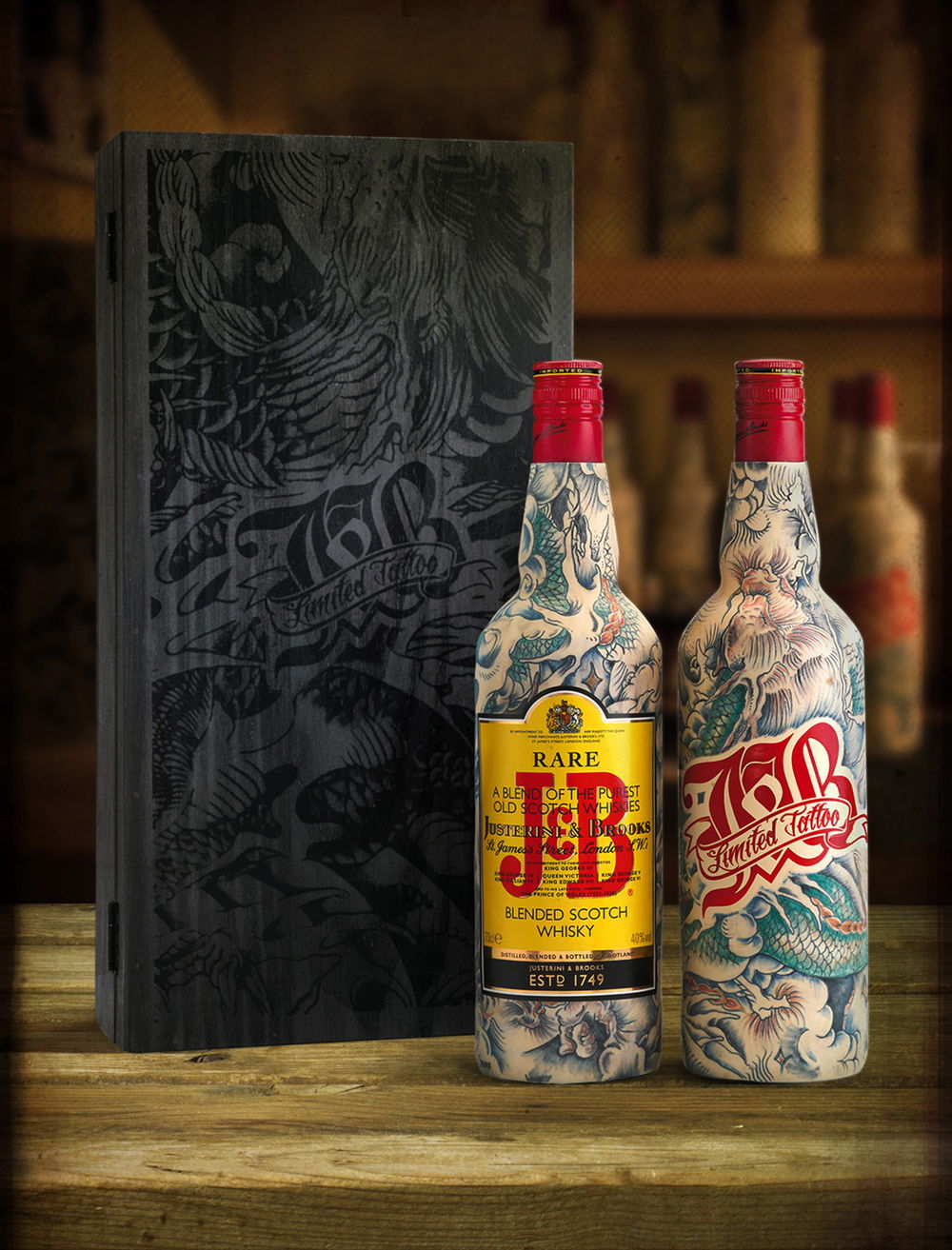 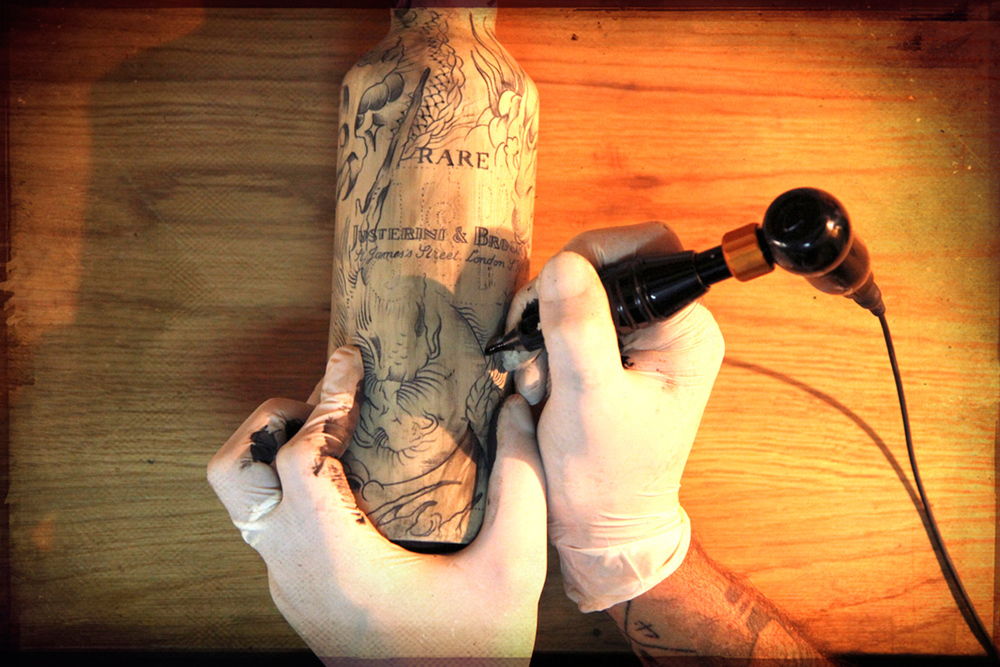 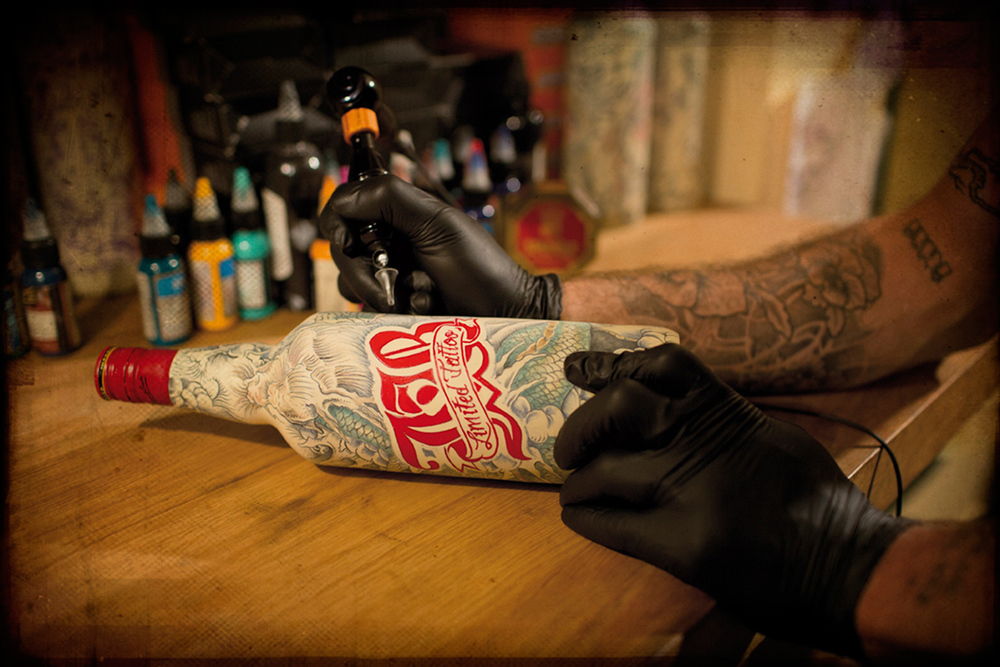 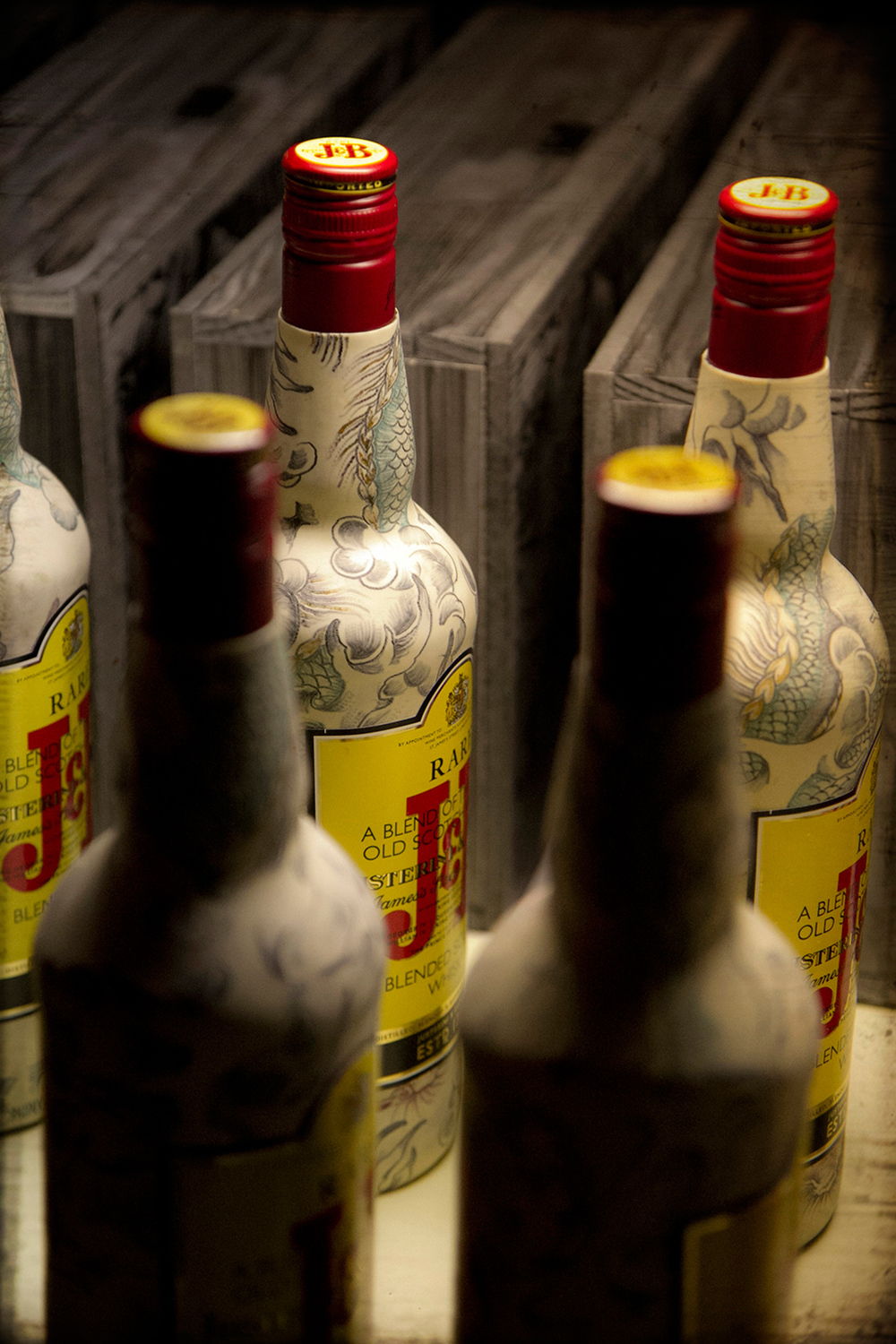 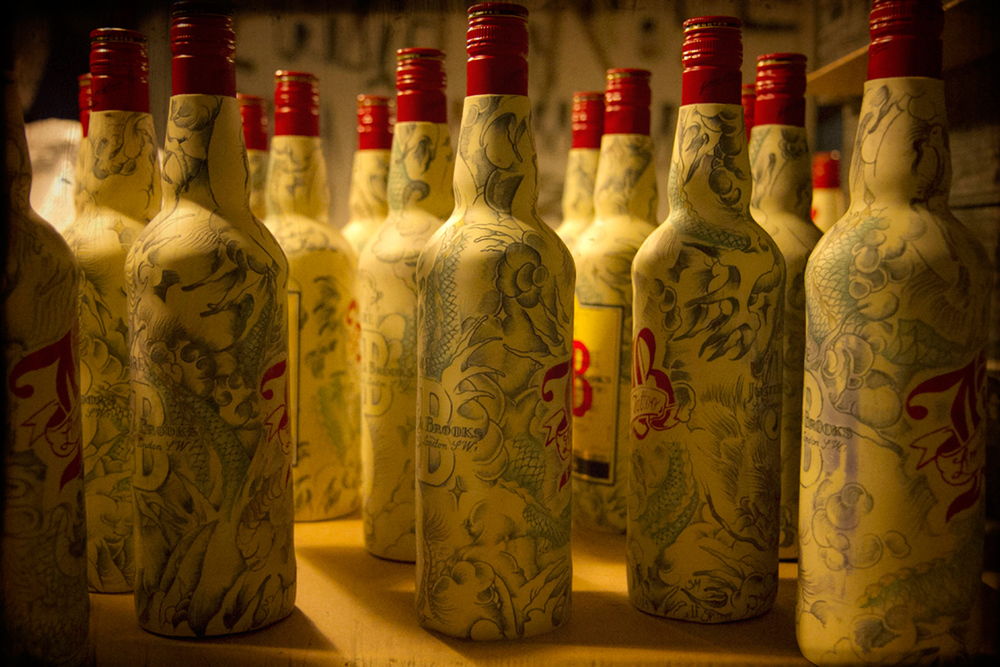 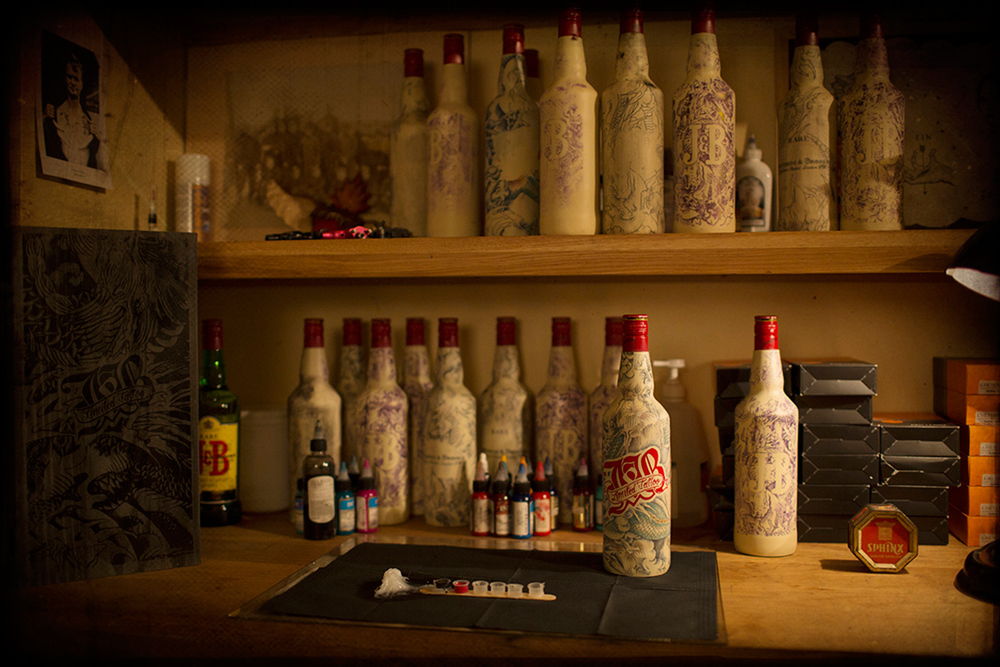 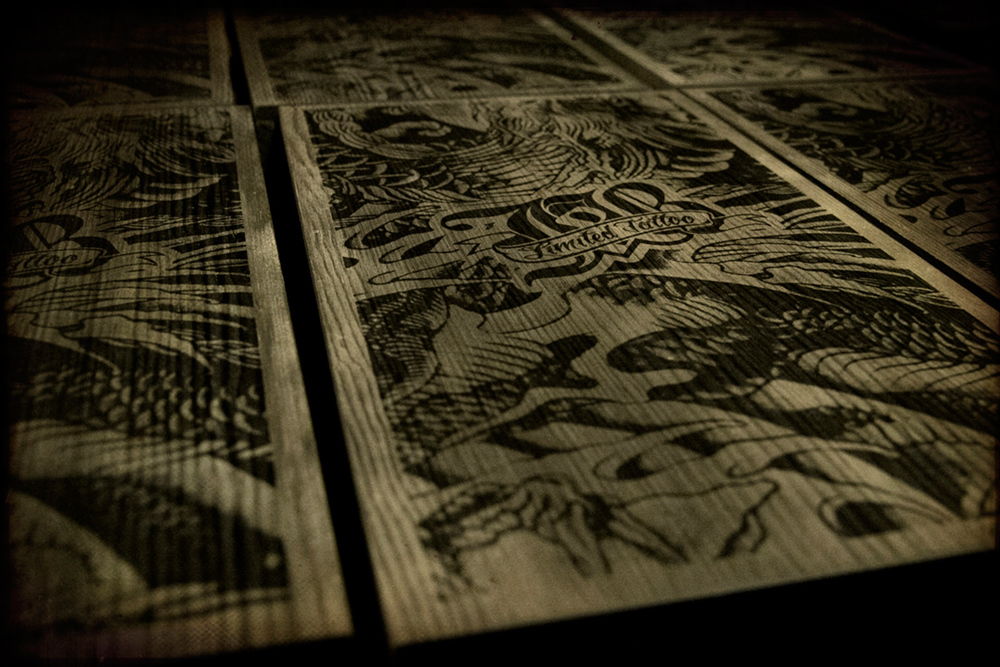 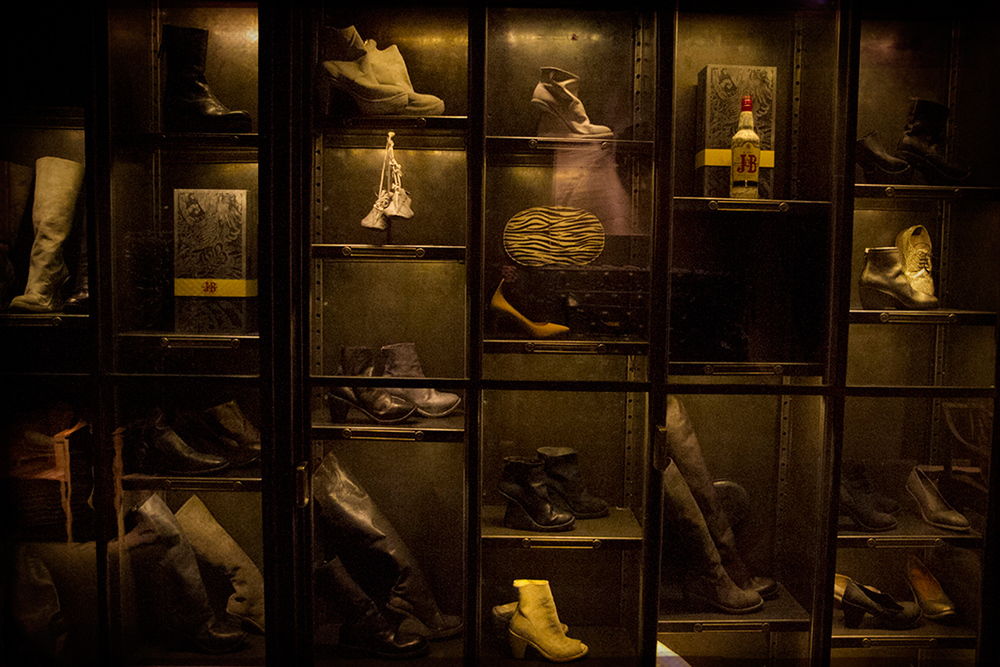 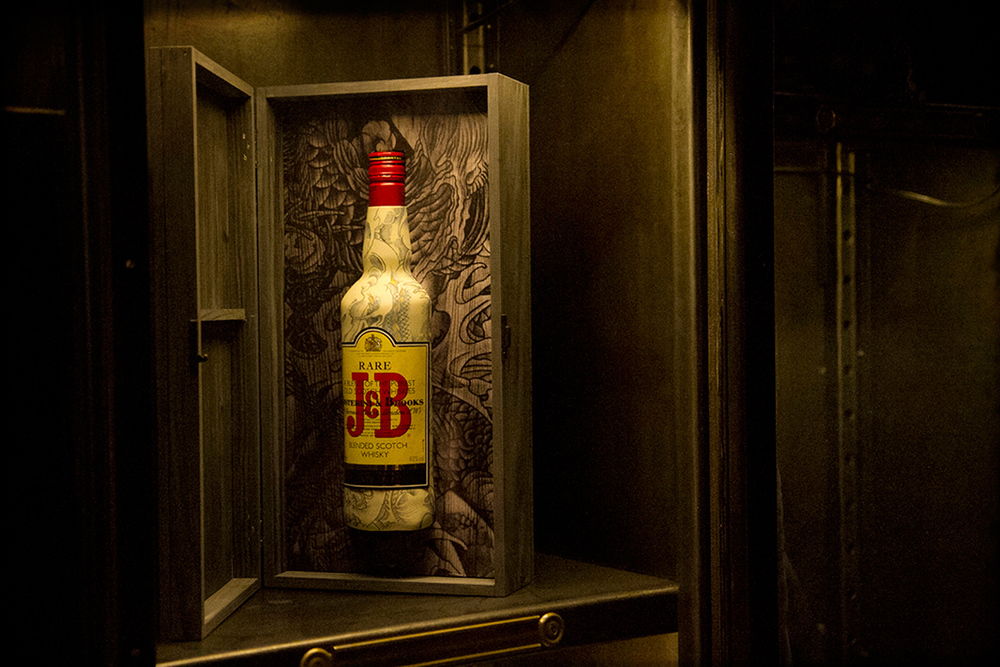 Before & After: Stock Market Soup Shop